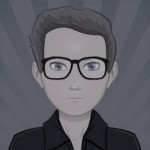 On Thursday, the Joint Admissions and Matriculation Board (JAMB) made its newest statistics available to our correspondent in Abuja, revealing the top 10 Nigerian universities with illegal admissions.

According to the board, a total of 58,698 fake admissions were conducted by the 10 institutions during the period under review.

The board listed the universities as follows;

According to reports, the board has often protested about admissions made outside of the Central Admissions Processing System.

The board’s Registrar, Prof. Ishaq Oloyede, commented on the development, saying, “The ASUU chairman once went on radio to allege that some vice chancellors were the ones conducting admissions. If he had the name of any vice chancellors in charge of admissions, I instructed him to bring it to me right now.

Applicants must submit their applications through CAPS. Institutions have come to us asking for our help in reversing the illicit admissions that occurred outside of the confines of CAPs; we obliged. Forgiveness from the minister and our promise to rescind any admissions were also conveyed to the students.

Oluwatoyin Ayodamola, the Programme Director of Reform Education Nigeria, stressed the importance of openness and accountability in the admissions process in an interview with our correspondent.

There must be more openness in the way admissions are handled. Institutions are increasingly favoring other applicants based on their personal connections to senior officials. JAMB’s CAPS program has had a significant impact on the decline in the number of illicit admissions. In the words of Ayodamola, “the institutions that continue to indulge in such should be punished and not allowed to go free.”